News Welcome to the Technology and Operations Management area of Symbiosis

Sandvik Asia hosted the Sandvik India Diversity Awards, 2017 along with UN Global Compact Network India. The award recognizes excellence and commitment to gender equality, diversity and inclusion. Eight individuals making a difference in the above areas were selected from the award process and their projects would be supported under the Sandvik Asia CSR banner. 180 applicants contested for eight awards under - Corporate, Corporate CSR Foundations, Social Enterprises, Non-Profits, SHGs, Academia, Government and Individual categories. There were three rounds, with the final round being a Jury round. 24 members were selected as finalists for the awards. Each finalist was assigned a personal mentor, who was an eminent personality. On the 6th March 2017 a mentoring workshop was conducted for all the finalists, where we had the likes of Dr. Divya Jaitly, model and TV presenter mentoring the finalists on the final pitch on the 7th March 2017. The finalist presented their work to the jury for the final round who included - Mr. Parag Daspute, Managing Director, Sandvik India (Panel 1); Mr. Kamal Singh, Executive Director, UN Global Compact Network India (Panel 1); Ms. Sara Larsson, Head Swedish Chamber of Commerce, India (Panel 1); Mr. Mudar Patherya, Chief Positioning Officer, Trisys Communications (Panel 2); Mrs. Jyotsna Sharma, CFO, Sandvik India (Panel 2); and Ms. Urlika Sundberg, Consulate General Sweden (Panel 2). The awards were announced on 7th March 2017 in a grand event at the Sherton Grand, Pune. Guests for the evening included the likes of Ms. Anu Aga, ex-Chairperson of Thermax Ltd. and Ms. Kanchan Choudhary Bhattacharya (first lady IPS officer and former DGP). Dr. Ratna Paluri represented SIOM’s Project ASMI and received the award under the category of Academia. About Project ASMI Project ASMI is aimed at helping tribal girls resolve their sanitation issues, during their menstrual cycles. This project will help reduce the drop-out rate of the girls from schools. We approached various suppliers and zeroed down on the one who can provide us the sanitary napkin of good quality at affordable price. Initially, our main agenda was to give basic information related to Women sanitation, Menstruation, health, hygiene and sex education to school girls from 6th to 10thstandard. This basic educational foundation will help girls to understand importance and benefits of using sanitary napkins which we are planning to supply them for next two months. For this, we have prepared flyers, conducted focus group interview and feedback mechanism was put in place. We created supply chain design to provide low cost sanitary napkins from manufacturing location to schools which are under the NGO Dang Seva Mandal. For first 2 months, the beneficiaries would be provided the sanitary napkins for FREE to around 1000 girls. We would monitor the supply chain, take feedback and earmark scopes for improvement and increase its efficiency over a period of time. Further, we will work towards delivering the sanitary napkins directly to the beneficiaries for long term sustainability. Invite quotations for installation of vending machines from existing as well as new supplier and Feasibility study of in-house manufacturing of low cost eco-friendly sanitary napkins along with disposal mechanism to be taken up. And then our aim is to prepare the NGO to be self-sufficient in the supply of the required sanitary napkins which can be distributed to the schools under NGO and can be sold to other schools in and around Nasik district to generate revenue, thus setting up production facility for the same 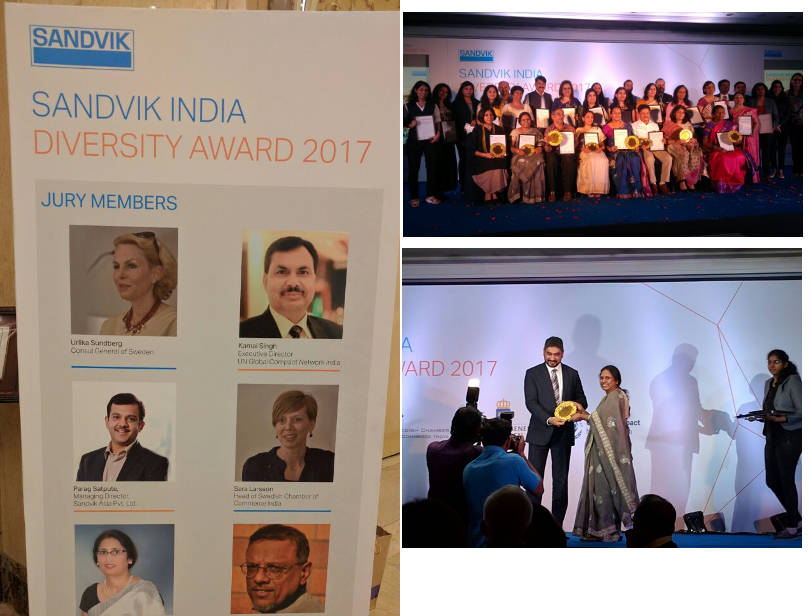 Admission to all the courses and programmes at Symbiosis International (Deemed University) are strictly on merit basis based on the criteria and processes prescribed by the University and assessment of individual performance in Symbiosis National Aptitude Test [SNAP] for Postgraduate Studies and Symbiosis Entrance Test [SET] for Undergraduate Studies.

All aspirants / parents are hereby notified that some individuals / organisations are giving / making false and misleading advertisements / claims in newspapers, websites, social media platforms that they can ensure admission to Symbiosis International (Deemed University) and also charging heavy amount for the same.